Last week the Scout Aerial team were involved in Australia’s first BVLOS (Beyond Visual Line of sight) UTM trials for disaster management. Joining us were some of the world’s leading Unmanned Traffic Management systems, Airmap, AGI, LATAS and SIAM.

Scout Aerial partnered with Airmap and AGI for the trials and we were truly impressed with the results. 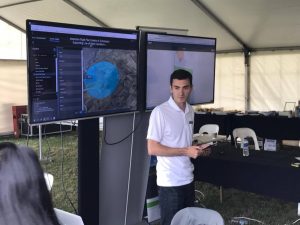 The complex trial program was put together by Terry Martin and Kristian Cruikshank of Nova Systems, who worked tirelessly to ensure everything went to plan, and more importantly, everything was conducted safely.

We were able to demonstrate control over LTE (Telstra’s network) where we pushed waypoints, commands and failsafe actions to our fixed wing platforms flying up to 1500ft AMSL while performing multiple tasks (Critical infrastructure inspections, 3d Mapping and terrain modelling etc). We also showed how we are able to stream the video back to multiple locations/devices (Anywhere in the world) over the LTE network, demonstrating the ability to share valuable information with multiple emergency response crews, in real-time. 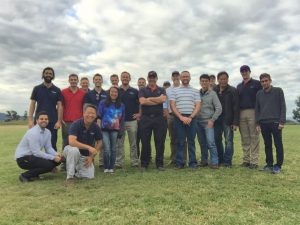 The trial was conducted in segregated airspace and the next stage of the program will see us conducting the trials in different airspace classes, a critical part of testing the UTM capabilities over the coming months. This “Crawl, Walk, Run” approach is critical for understanding both the capabilities and limitations of conducting long range missions for disaster management. 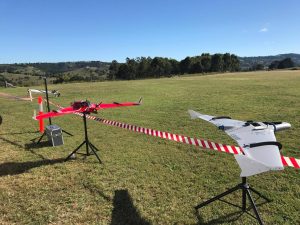 We would like to thank everyone involved, Local Government Infrastructure Services for coordinating, Nova Systems for directing, the Airmap and AGI for working on the UTM integration with us, Telstra for providing priority data on their network and finally to our team that went above and beyond to achieve what we did in such a short time. Australia is one step closer to safe integration with the NAS! 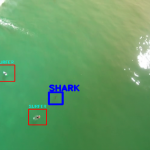 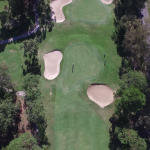