A quick turnaround video highlighting day and night loading at the mine site, including interviews and logo’s; to be fully shot and edited within 2 days.

The video Scout created for Orica had to be finished within a day of filming. One day was allowed to film the process and Scout had a total of 12 hours to edit the video and deliver it to Orica. A very short timeframe to deliver a video but Scout managed to deliver on time, to the delight of the client.

The requirements for the video were to capture the processes of day and night loading work conducted at the mine site, outlining the positives of night loading, including interviews, voiceovers, lower thirds and intro’s/outro’s.

To the satisfaction of the client Scout managed to shoot the video in one day and edit the video within the next twelve hours, delivering the video right on time for Orica to include it in their presentation.

BACK TO CASE STUDIES 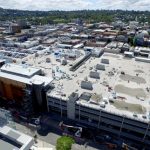